This section allows you to view all posts made by this member. Note that you can only see posts made in areas you currently have access to.

I've been using this method for a while now and find it convenient. Of course there is the hassle of having two devices. In my case it still locks with a fingerprint if you have never used the phone for more than 4 hours.
Sasung A53 + Garmin Forerunner 235.
If you have this feature on your phone, you may be able to pair it with headphones or a heart rate monitor.

August 31, 2022, 10:57:57
In Locus Settings use the magnifying glass and look for the display or screen, you will find other options and among them perhaps the one you need
#4

July 27, 2022, 13:43:50
Hello,
in the locus profile editor, trying to change the profile picture, the filename too long moved the save button out to the right.
You need a line break based on the screen width of the filename or something else to show the save button correctly

Troubles & Questions / Re: How can I reset geo: protocol so Locus Map 4 opens such URLs?

July 06, 2022, 08:31:08
Hello,
the QR contains only the references of lat and lon, inside I do not find any link that could direct the opening with a specific app such as locus. So I believe that the opening happens according to the program you use to scan the QR, if you use goggle (chrome or lens) it will tend to open gmaps.
#7

Troubles & Questions / Re: Elevation Data if off Track 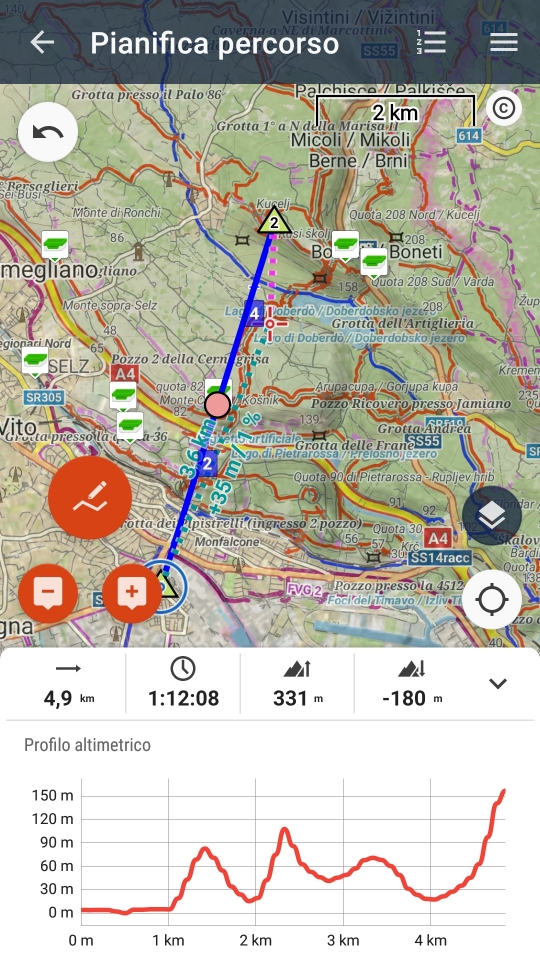 Quote from: Žajdlík Josef on April 26, 2022, 08:29:22
After pressing the back button for the first time on the phone, this warning message will be shown.

No dashboard, but same issue.
Not only with back button, but also:
touch icon of layers in the map and than back, same popup.
If you ignore the pop up it does not trigger anymore, but exiting Locus and clearing it from memory, at the restart it cames again.
#9 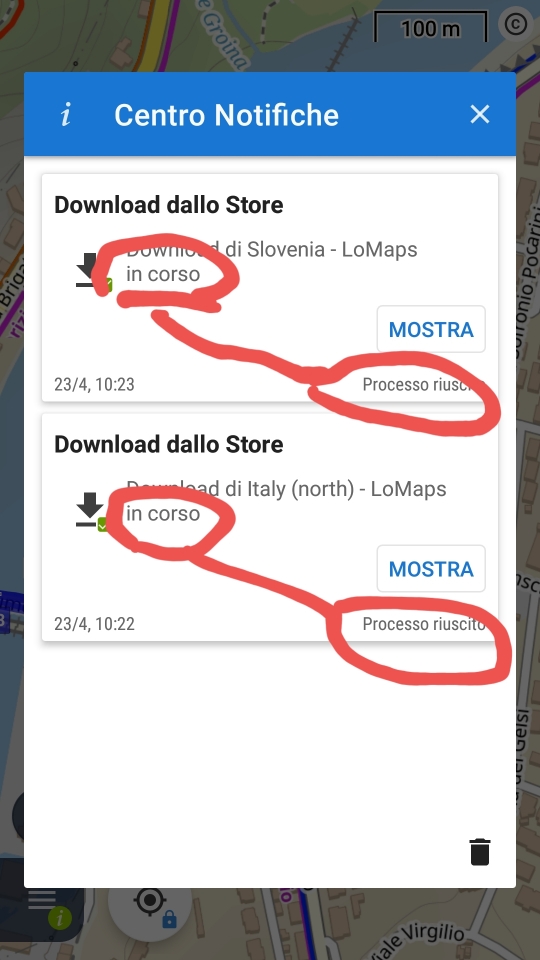 Quote from: tapio on April 23, 2022, 07:09:45
Premium/LoCoins, interesting, this makes me notice my subscription renewal was end of march, which I didn't notice, my bad

Money is a thing here unfortunately, I probably would have tried to put Locoins into it, but... so what... I will use the last money I have for asamm, I hope the business can stay successful.

The same for me, maybe next year

on the left is shown, on the right the data is not shown
opacity 100% on on the left, on right nothing
if we have more than one layer wich is the order?
and if we use also sat map as layer?

Quote from: Menion on April 11, 2022, 14:22:04
@lor74cas
Recorded speed > this is an old problem with detection of the "not moving" behavior. You are correct that the app currently simply records a speed value received from the GNSS unit. What should be done is to, based on the device sensors (or by attached speed sensor), register movement and based on this modify speed values. The task to do.

I think the only sensor you can count on is the phone's gps, currently there are points that are not taken into consideration due to the filters so the speed data should be calculated as the distance from the last known point and the current point and the time elapsed between their detection.
Currently I believe point A is detected with a speed of 10Km / h then one stops and so B, C ... F are discarded, then it starts again with G but it is detected when you are already moving again at 10km / h for this reason I think Locus assumes, at the point where one has remained stationary, a speed of 10 km / h.
For me it would be more logical that the speed was determined by the distance and time between A and G as it is an information not altered by the missing points like speed in the point.
It will not reach 0, but it will always be closer to 0 than 10.

April 11, 2022, 09:49:17
Hello,
yesterday I was able to see how much Locus Map Web has improved, which now also integrates all data such as heart rate, slope, speed, etc.
However, I noticed something strange, the speed shown in the graphs is wrong. The same behavior can also be found in the app.
I noticed the error because while recording the track with locus I also record with a Garmin Forerunner.
At the points where I stopped, Garmin lowers the speed to 0, while Locus shows an almost constant speed even more evident if you stop downhill.
I am aware that locus records the points only on the basis of the filters set in the setup, in my case 25mt of distance, 5seconds of interval and 50mt of precision, but when one is stopped, a speed other than 0 cannot be shown in any case.
I understand that by not recording the points where you remain stationary in place, the speed data is more difficult to determine, but Locus recorded a point 10.75 km and 3 minutes later a second point at 10.77. So in those 3 minutes it will certainly not be able to register a zero speed, but at least close to 0, instead it shows about 13 km / h. It appears that instead of showing the speed determined between the two points being recorded, the instantaneous speed at the point is shown.
#13

Quote from: tapio on April 09, 2022, 10:03:49
Re: PIP
Works now. Bug with increasing its size per tap. Last step makes it fullscreen just for a moment, then window disappears.

Confirmed now it works. But take a look at the blue bottom banner in the attachment.
P:S:
I'm not the best tester for this type of function, I prefer small devices so I always use full screen.
Locus always on top